To visit the website you must be over 18 years old

The sale of alcoholic beverages to children under 18 is not allowed, we recommend consuming with moderation, which is how best they are enjoyed.

Lavinateria.net, although it was unveiled in 2011, was already working for some time and wants to be the continuation of Comas Calls Vinateria.

Comas Calls Vinateria was born more than 15 years ago in Hostalric. Jordi Comas Calls, after working more than a decade in a family business dedicated to wine, decided to start his own business.

In 1998, Hostalric opened a store of little more than 60 m2, which served as a nerve center for retail, wholesale and distribution. Over time, the project was expanded, first with a 400 m2 warehouse, then moving the store to a larger one, in 2011 with the creation of Lavinateria.net and finally , at the beginning of 2013, extending the offices to the next premises. 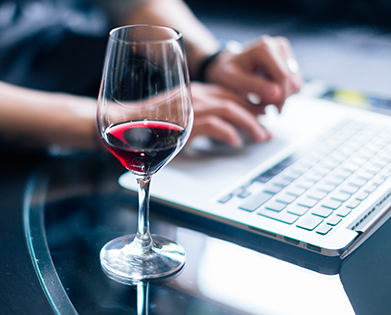 The Blog it is the tool that gives us proximity, in which we can express ourselves and publicize our thoughts, the most personal section of all social networks.

How do we eliminate distances?

The distance with the recommendation and proximity is reduced by one click. With a click you can select and divide the products according to the D.O. (Priorat, Rioja, Ampurdán, ...) or country of origin, can also be classified according to the pairing, according to the winery or producer and by categories. We also want to help you when you have to make a gift, so we have created the "Ideas for giving" section, where we divide the products according to whether you are CLASSIC, conservative who likes everything that is traditional; SIBARITA, of refined taste and preference for high quality products, and ORIGINAL, person who likes unusual or unusual things.

The distance in the buying process we try to reduce it by means of comfort and ease. We intend to organize to be able to make national shipments delivered within 24-48 hours and international 3 to 5 days, as well as deliveries to the Balearic Islands.

Comas Calls Vinateria and Lavinateria.net are two stores that are dedicated to the world of wine and distillates. Two shops, one in person and one virtual one, which form one single and they have opened their doors and their knowledge to everyone who wants to know it.